February update (It's time to d-d-du-)

This devlog will go over new features added in this month's Patreon exclusive build. All new things presented here will be available to try out for free, as part of the public demo, sometime during March (leaning toward end of March). But if you want to try them out earlier and support my shenanigans, head over to my Patreon. Thank you!

So, first major new feature is the new Gadgets Screen, that has all sorts of thingies in it. A new recorder tool that keeps track of the lore. Tama dex and recruit dex. World map, and the new breeding gadget. 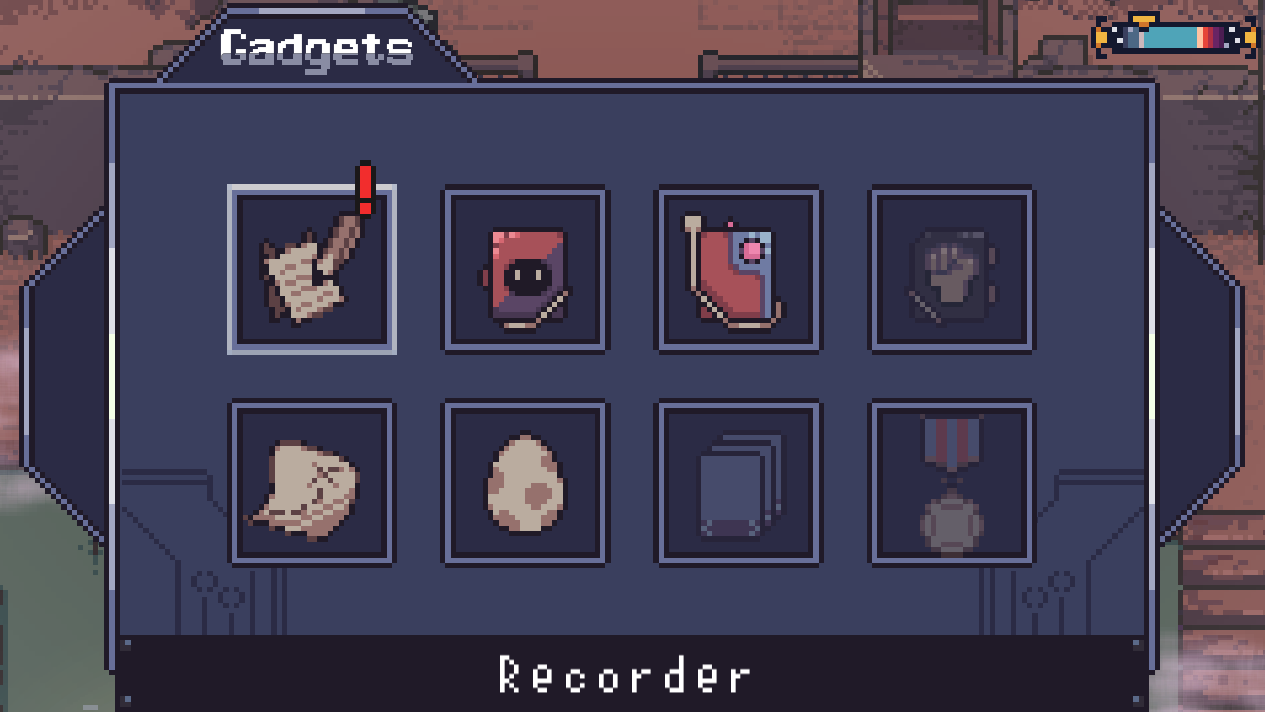 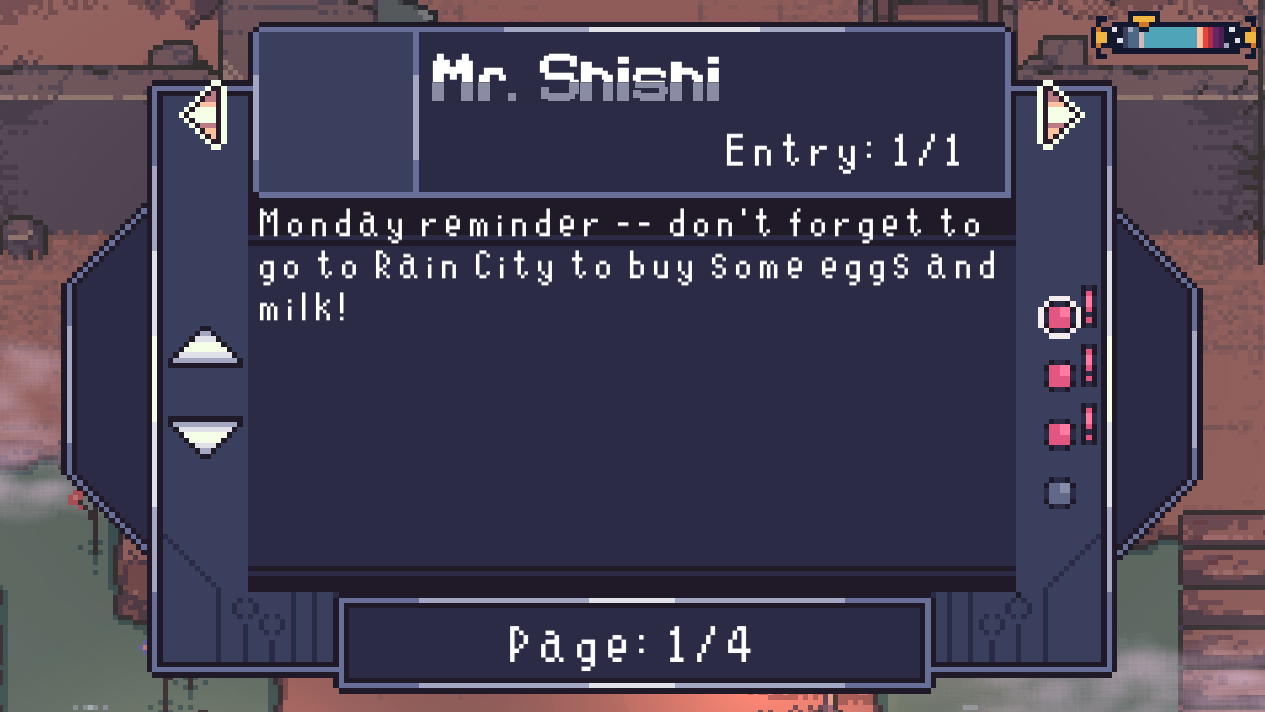 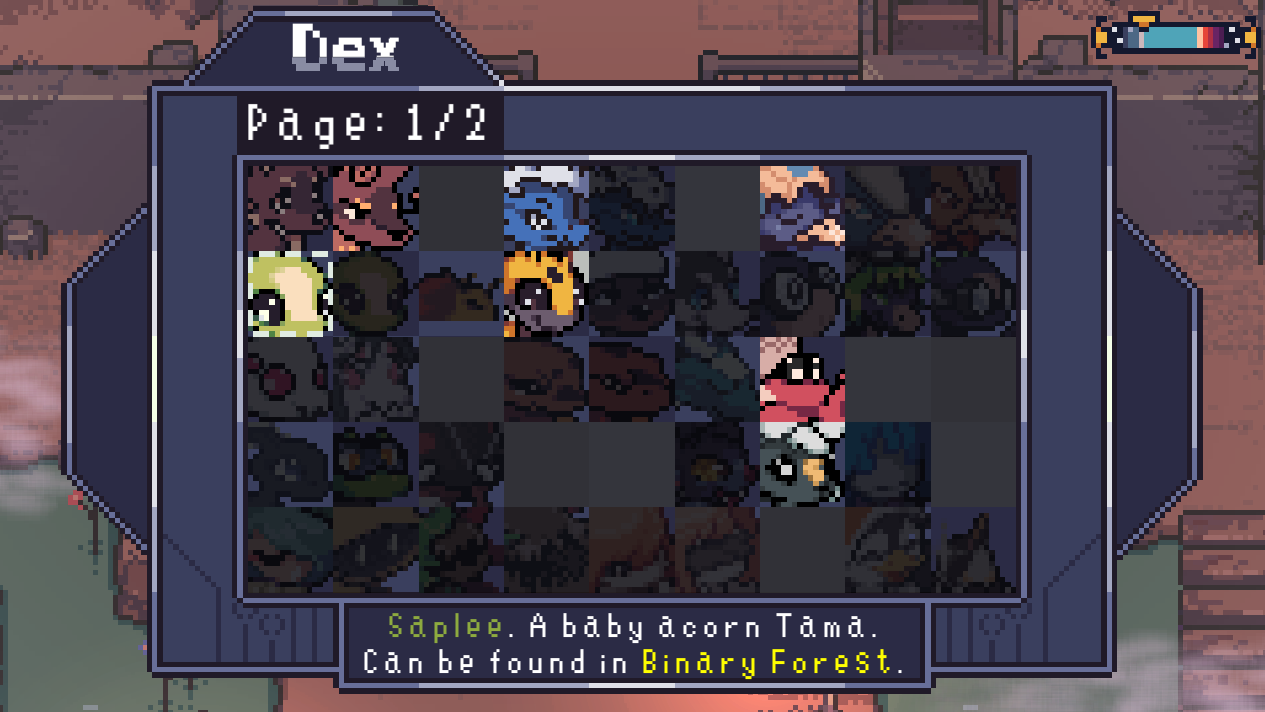 And last, but not least, deck builder. 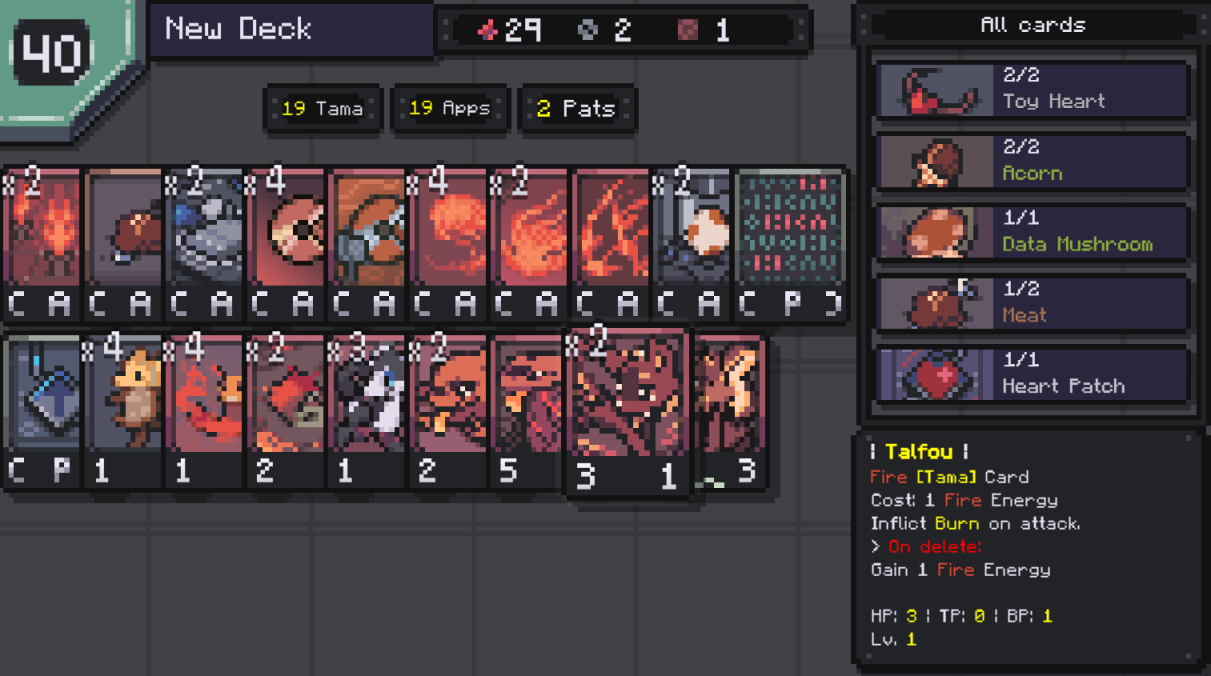 And speaking of deck builder, you may be wondering; Cards? In my monster tamer game? More likely than you think.

I spent the majority of February implementing the new card battling minigame. Mechanically and visually, its main inspiration was Digimon World 3's card minigame, but there are substantial differences in gameplay, card effects and the way you battle. The available card pool is currently 44, and there's a new recruit who will introduce you to the minigame, Mr. Patch, who is also the in-game creator of these cards. 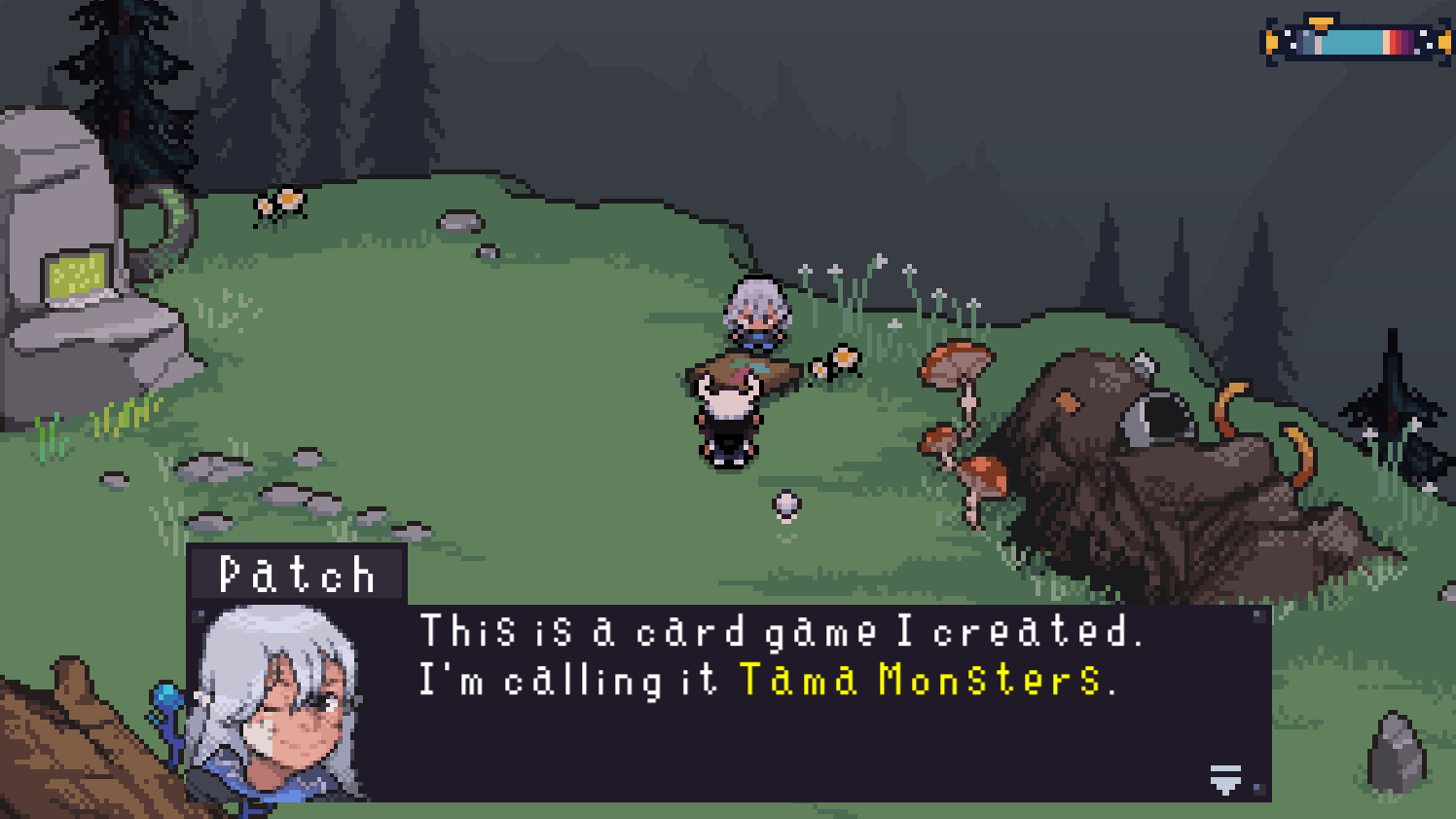 That's about it. I'd love to hear your feedback and if you find any bugs, please comment below or report them in the discord. Thank you all for reading, and see you next month!