Wowie, this is the first official devlog for Anode Heart. I'll be summarizing new things added in version 0.1.1 (beta build will be available for download via discord, and the official build will be up once people playtest it a bit).

So, to start off, there will be a couple of new major areas.

This used to be blocked off, but now you can go inside and explore! There are a few new Tama in there, and 4 new recruits! (Warning: This cave is full of mice) 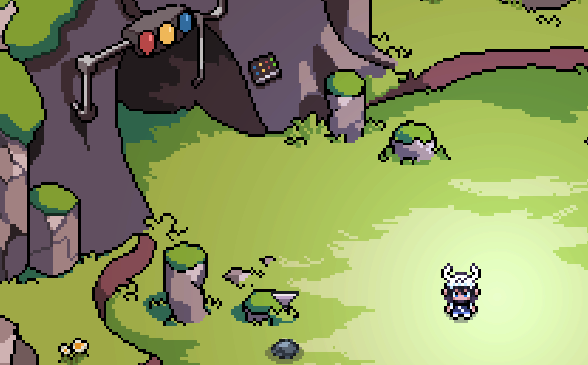 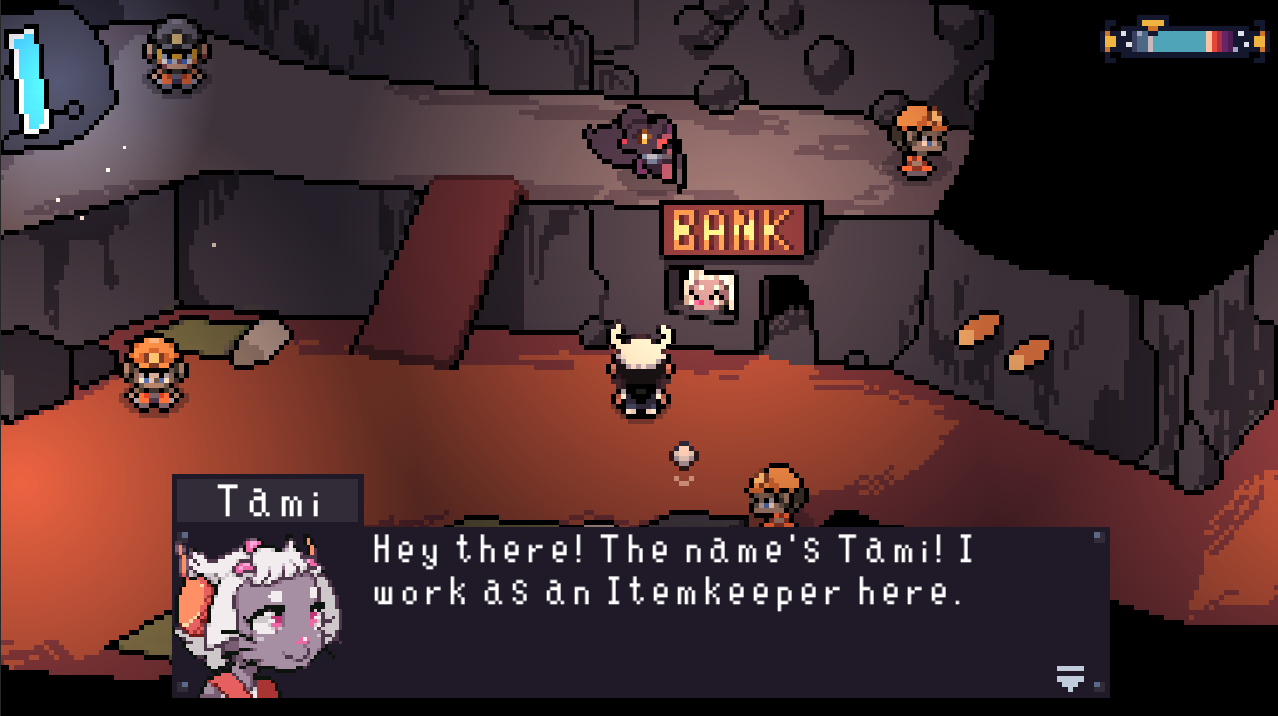 One of the new recruits will open up a Tama Daycare where you'll be able to deposit and withdraw your monsters. (Also, just like in Pokemon, if your team is full, and you capture another Tama, it'll automatically be transferred to the PC, or Daycare in this case).

Unlike Pokemon though, there is no funny business going on in the Daycare. It's more like a storage. The Tama also won't get hungry or age while in there - This might change in the future however, as I'm still not sure what implications it will have.

Our main town hub place is getting an expansion - remember those broken bridges? After you recruit the mousefolk, they'll be fixed and you'll be able to enjoy the B-side meadows.

Following that, there are also two new smaller places, Protocol Forest and Peripheral Path, which I'll leave you to discover on your own. These places however are only entrances to larger areas, which will be made in future versions.

There are four in total, and three of them are obtainable in the wild (and two of them are in the new Tunnel area). They have no evolutions yet, but that will change in future versions. 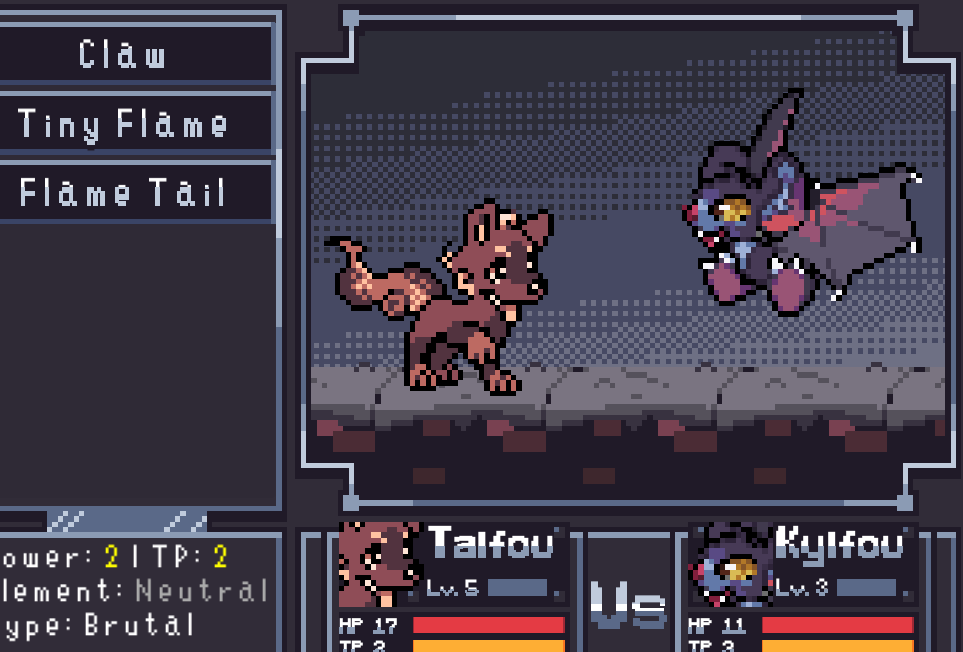 [*] Shovel! After you obtain it from Widget, you'll be able to (or at least try to) dig anywhere to try to unearth rare relics! (although for now, the majority of things that you can dig for are food items and some quest items).

[*] Battle techs are getting an upgrade! (or a downgrade?) In addition to Power and TP, techs will also have CP, or Capacity Points. For assist / status techs, CP acts almost the same way as PP in Pokemon - once you run out of it, you can't use that move for the rest of the battle. For offensive moves, you'll be able to use the move even after its CP is depleted - in fact, you can use the move as much as you want, but, the more you use it after you have depleted CP, the more recoil damage you'll receive. Hopefully this will introduce some tech strategizing while battling Tama, but as with any other new mechanic, it'll need to be playtested and tweaked.

[*] Armor status - two new techs (Earth Armor and Wooden Shield) give your Tama the [Armor] status. As the name implies, any damage your Tama receives will first be inflicted on the [Armor], effectively increasing Tama's total HP. To counter this, a new type of tech effect has also been introduced - Piercing. You can probably guess what it does, but I'll let you discover it fully for yourself in v0.1.1.

[*] Item Bank - a place to store your items in. Your inventory has limited space, but the Bank is infinite, so this should prove to be useful.

[*] Daycare - a place for your extra Tama. Similar to PC storage in Pokemon - you can withdraw, deposit and move Tama around. Similar to Item Bank, it has infinite space, so go crazy with it!

Those are probably all the front-facing changes in this version. Plan for July is to let players test this version a bit and fix bugs, and when everything's settled, I'll upload this new version to itch.